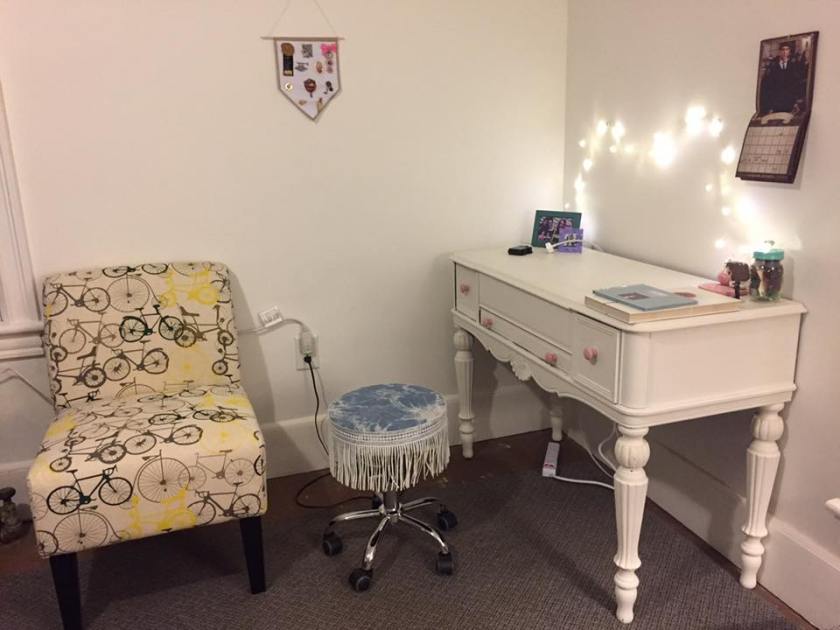 It’s crazy to think sometimes that from the age of 2 you start pre-school and you often don’t stop going to school until you graduate from college, at age 22. Twenty years of schooling in the making, to put you out in the world to find a job (and probably not one in your degree field, but that’s a blog post for another day).

I was supposed to go away to college. Specifically, Longwood University in Farmville, Virginia. I know, I know, it’s the same name as that once addictive Facebook game, but trust me – the town was not as fun as the game.

I knew I wasn’t ready to leave home, but I was vehemently against going to community college. I wanted to go to George Mason University, which was two miles away from my house. I only got into two colleges, Longwood and Virginia Wesleyan University (it was private and even my scholarship didn’t help). Reality was, I was only left with Longwood as my choice and I dreaded move in day.

Fast forward to August 2012, when I left for Longwood. I was miserable, a mess and arguably the most resistant to change I have ever been. I’ll say that the resistance against me leaving was futile and that is why I ended up coming home. It was a miserable Tuedsay-Saturday for my whole family. I knew move in day wasn’t going to be a happy day, but I didn’t realize it was going to be a nightmare.

I came home and had to reevaluate what I wanted to do about school. I was lucky and was able to reach a deal that would get me into GMU. I went to community college for a semester and then transferred to GMU  for the remainder of my time in college.

Yes, all of that was necessary background information to know before you understand why I feel like I’m living Farmville 2.0 right now.

I recently moved into a house with roommates, so I am finally getting the away from home experience as well as also having roommates experience that I didn’t have when I lived at home while in college. Living in Cape May is easy because I love the beach and the town’s familiarity is comforting. Plus with friends and family close by, it’s not as isolating.

I wasn’t resistant to having a roommate in college, I actually would have had a wonderful roommate in my friend Abbey, who blogs at Idle Ginger Manuscript (yes we are still friends). I was resistant (at first) to having roommates in Cape May, because it would mean living with strangers.

But when I found a place that needed a third roommate, it was a beggars can’t be choosers situation. And I’m glad I went along with it because Chelsea and Max are awesome people. The place I’m living in is a farm style house, complete with 1.5 acres of land, two goats and two chickens. The house however, does not have air conditioning.

I’ve never been one to handle heat well and when my room was 85 degrees the other night, I wasn’t happy. But The AC unit did it’s best and by the time I fell asleep it had cooled down to mid-seventies. But I fell asleep and that’s all that matters. It’s an adjustment for sure, but it is worth it to get to stay and work in Cape May fulltime.

I think the thing I’ve learned since I’ve moved to Cape May from Virginia and then from one place to another in Cape May, is that you can’t always be comfortable. Part of life is trying new things and being more open to that – and as cliche as that sounds, I’ve come to realize that not all change is bad if you put yourself in a positive mindset – which is something I lacked during Farmville 1.0.